← more from
Border Community Recordings
Get fresh music recommendations delivered to your inbox every Friday. 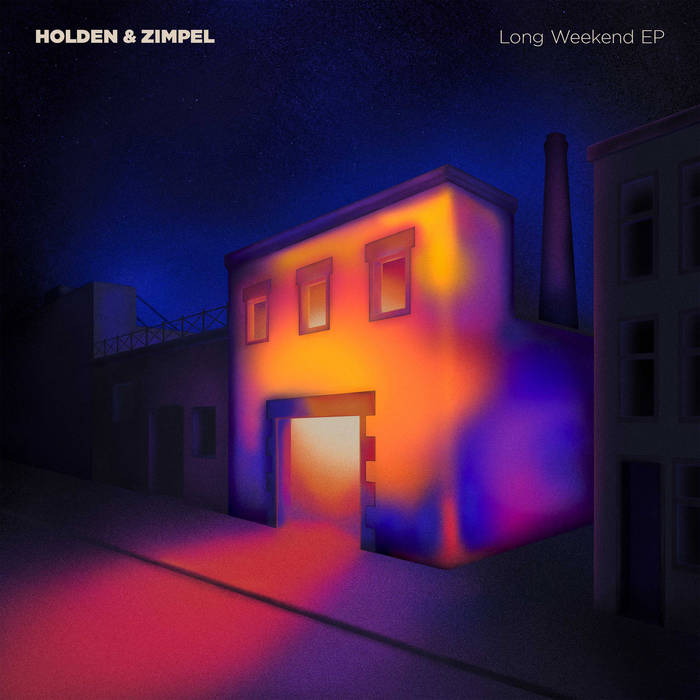 Finding himself at a loose end in London one July weekend in between UK live shows, Zimpel put the downtime to good use and joined Holden in his Sacred Walls studio to undertake a series of musical experiments, with the goal of completing one track per day. Over the course of the weekend, built up in sequential tape-layered live overdubs, first the lush hypnotic undulating noodles of ‘Saturday’ would emerge from the ether, followed by the rushy enveloping expanses of the stridently emotional ‘Sunday’ (Holden’s own personal favourite from the EP) – a productive two days indeed.

Holden was at the time deep in the middle of touring with his own spiritual jazz-inspired expanded ensemble The Animal Spirits (in support of his third artist album of the same name), and was quick to invite his new-found brother-in-trance Zimpel to step in as guest soloist on a number of live dates to come, including their Big Top-headlining appearance at the 2018 edition of the End Of The Road festival. It was after this end of summer blowout that Zimpel, together with his own festival performance partner Jakub Ziolek, once again found himself adrift in London, and a return visit to Sacred Walls was duly scheduled. Now working as a trio, their first outpourings gradually took form as the dense, syrupy layers of ‘Tuesday’, before reconvening on Wednesday for another take, in which a skronkier side of Zimpel’s clarinet would manifest over the insistent eighties-accented motorik synth and guitar groove.

Holden & Zimpel’s musical origin stories may on the surface look very different, with Holden first making his name in electronic music as an internationally renowned DJ, producer and remixer throughout the course of the noughties, whilst Zimpel was receiving a formal classical education at music schools in Poland and Germany before following his improvisational impulses into the world of contemporary free jazz. But there are also many striking serendipitous similarities in their musical journeys: both young musicians’ first exposure to music came via their piano-playing fathers, and both initially took up violin for a time as a child before settling upon their chosen instruments. Both have had the privilege of immersing themselves in the rich Gnawa musical tradition carried down via Morocco’s Guinia family, with Holden recording first with the late Maalem Mahmoud Guinia and later his son Houssam, whilst Zimpel improvised his way around Poland in a live collaboration with Mahmoud’s younger brother Mokhtar. The traditional music of India has also provided a common source of fascination for the two composers, with Zimpel teaming up with a band of musicians from Bangalore for two raga-jazz fusion albums under the Saagara moniker, whilst Holden’s introduction came via modern day Indian music disciple Terry Riley, and the Mumbai-trained London-based tabla player Camilo Tirado with whom he collaborated on the Riley-inspired commission Outdoor Museum of Fractals.

And just as Holden was flirting with jazz improvisation by drafting in a raft of brass and woodwind soloists for the live takes of his 2017 album The Animal Spirits, the hypnotic loops and arpeggios of the electronic world were also calling to Zimpel, who has recently added collaborations with electronic experimentalists Shackleton and Rabih Beaini and the just-released synthesizer-heavy new solo album Massive Oscillations to his expansive oeuvre. Ultimately it is around a shared love of all things hypnotic and trancey where Holden and Zimpel’s paths converge. Trance is the common thread around which their tastes coalesce, as heard in traditional folk forms the world over, twentieth century minimalism, electronic dance music and improvised jazz alike, and their music exists at the point where all of this good stuff collides. The ‘Long Weekend EP’ is a meeting of two like-minded masters of their instrument in an in-the-moment lyrical conversation between alto clarinet and modular synth, cementing the joyful convergence of two disparate musical journeys in an explosion of raw musical creativity in its most primal form.